Arriving at the scene it was confirmed there was one person trapped inside a vehicle resting on its side, hard up against a tree.

With limited space to work due to the damaged vehicle, and the driver being suspended inside the car via the seatbelt it was a very delicate extrication.

The vehicle was stabilised and paramedics monitored the patient while the precarious task of removing the patient began.

Throughout the rescue the team had to change plans a number of times as the situation changed as we went along. A large number of different tools were used including ropes, slings, pedal cutters hydraulic cutters and spreaders, but our recently purchased battery tools came into their own in the confined environment we were working in. These tools were funded by donations by Club Grants NSW.

It took a little over two hours to free the driver, it was a great team effort from all emergency services involved.

He was finally removed from the vehicle and flown by Westpac Rescue Helicopter to John Hunter Hospital. 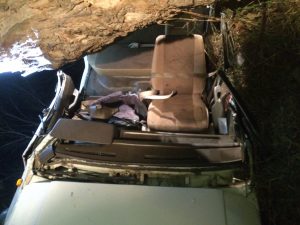 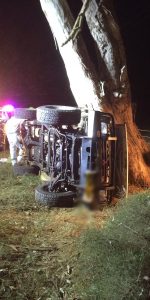 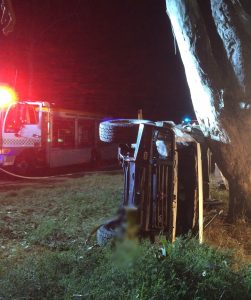 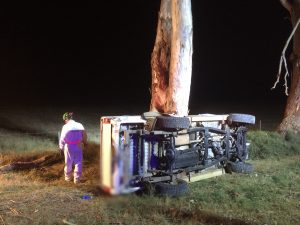