At approximately 17:15 on 17/08/18 CDRS were activated to a persons trapped motor vehicle accident at Bucketty. Arriving on scene they were confronted with 2 persons still in one of the vehicles after a 2 vehicle collision. The passenger was able to be removed from vehicle relatively easy with the assistance of NSW Ambulance personnel. After stabilising the vehicle our team were asked to remove the drivers door to allow easier access to the casualty. Once the door was removed using hydraulic cutters, our volunteers then assisted N.S.W. Ambulance with loading the casualty on to a spine board and transporting them to the awaiting Ambulance. A member of Central Coast Rescue Squad happened to be driving on the same road that the accident occurred. He had his PPE in the car and assisted us on scene as well. A great job by all services involved on scene. Once again all services working well together to the job done. 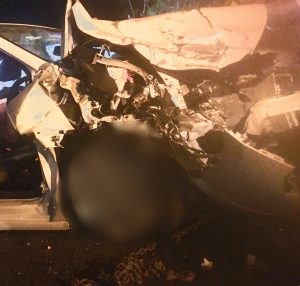 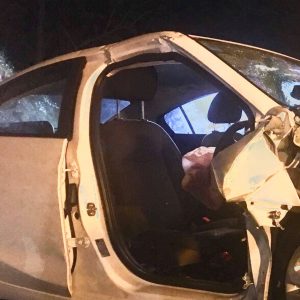